This Sunday, in addition to the Third Sunday of Advent, St. Matthew's will celebrate Our Lady of Guadalupe.

The feast in honor of Our Lady of Guadalupe goes back to the 16th century. 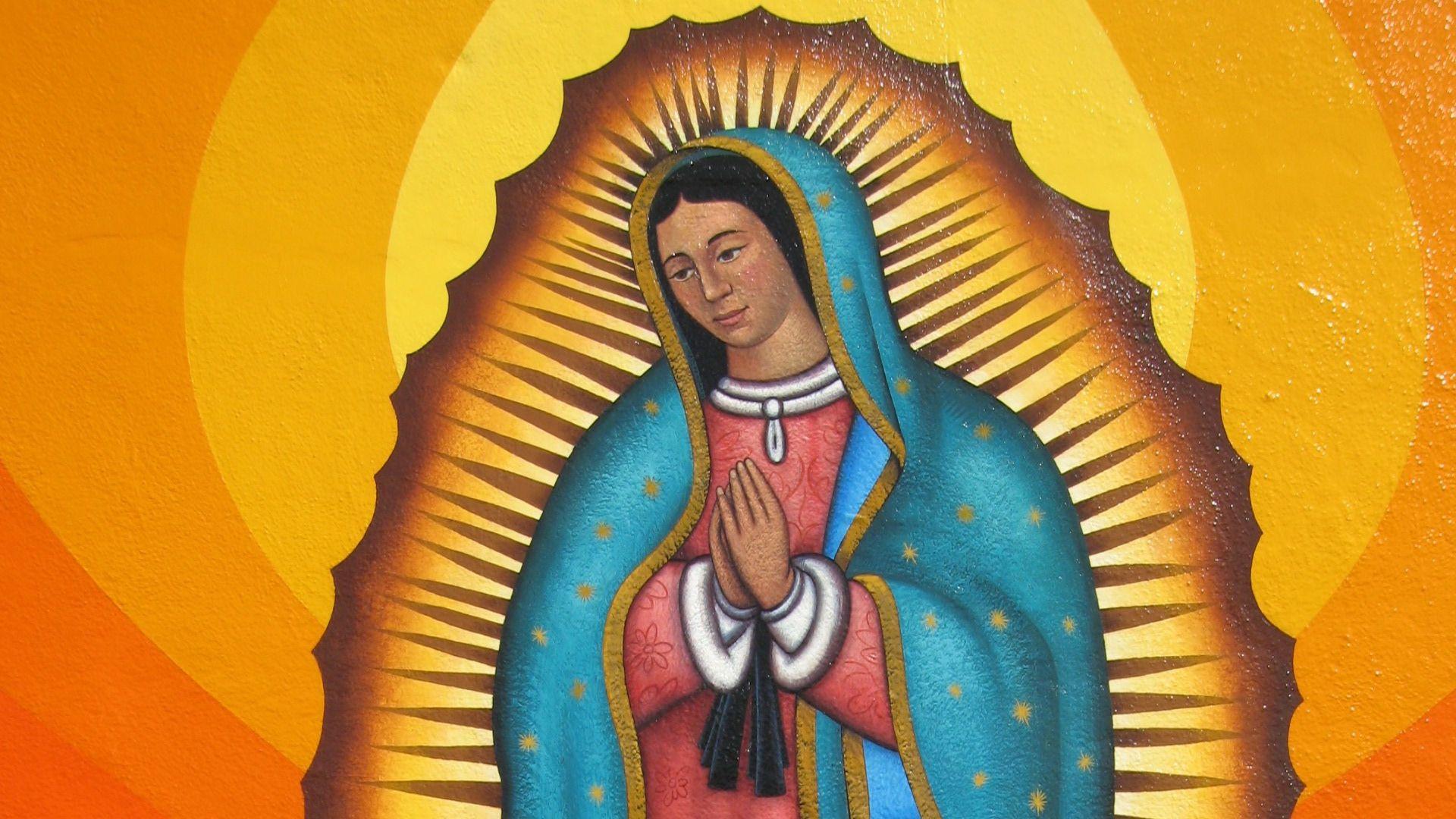 A poor Aztec Indian named Cuauhtlatohuac was converted, baptized and given the name Juan Diego. He was a 57-year-old widower, and lived in a small village near Mexico City. On Saturday morning December 9, 1531, he was on his way to a nearby barrio to attend Mass in honor of Our Lady.

Juan was walking by a hill called Tepeyac when he heard beautiful music like the warbling of birds. A radiant cloud appeared, and within it stood an Indian maiden dressed like an Aztec princess. The lady spoke to him in his own language and sent him to the bishop of Mexico, a Franciscan named Juan de Zumarraga. The bishop was to build a chapel in the place where the lady appeared.

Eventually the bishop told Juan to have the lady give him a sign. About this same time Juan’s uncle became seriously ill. This led poor Juan to try to avoid the lady. Nevertheless the lady found Juan, assured him that his uncle would recover, and provided roses for Juan to carry to the bishop in his cape, or tilma.

On December 12, when Juan Diego opened his tilma in the bishop’s presence, the roses fell to the ground, and the bishop sank to his knees. On the tilma where the roses had been appeared an image of Mary exactly as she had appeared at the hill of Tepeyac.

Mary, under the title of Our Lady of Guadalupe, has an important role in the spirituality of the Indigenous and Mexican/Hispanic Catholics. Her appearance to Juan Diego as one of his people is a powerful reminder that Mary—and the God who sent her—accept and believe in all peoples. In the context of the sometimes rude and cruel treatment of the Indians by the Spaniards, the apparition was a rebuke to the Spaniards and an event of vast significance for the indigenous population.  Mary’s  message is prophetic of what is to come. A call to be ministers of compassion and goodness, to be advocates for the oppressed, spokespersons for the poor. The Message of Guadalupe reflects the Magnificat in Luke 1:51-52. An unequalled symbol of inculturation, the Gospel was given a form of expression that mirrored the culture, taking root and giving birth to the deep faith expression which celebrates St. Juan Diego Cuauhtlatzin’s witness of humility, faithfulness to prayer and charity.

This Story Our Lady of Guadalupe is adapted from franciscanmedia.org