Starting Sunday October 30th you are invited to bring in pictures to place on the altar, as well as any snacks or small portions of food that your loved
ones enjoyed in life. Please bring a picture no bigger than a 5x7 so that we have enough room for everyone.

Please ensure to write the name of the deceased *(date as well if available) on the back of the picture, to the prayer list as well as your own name so that we can return it to you once we have taken down the altar. Please note* Those that passed away from November 2021-November 2022 will be placed on the top row. 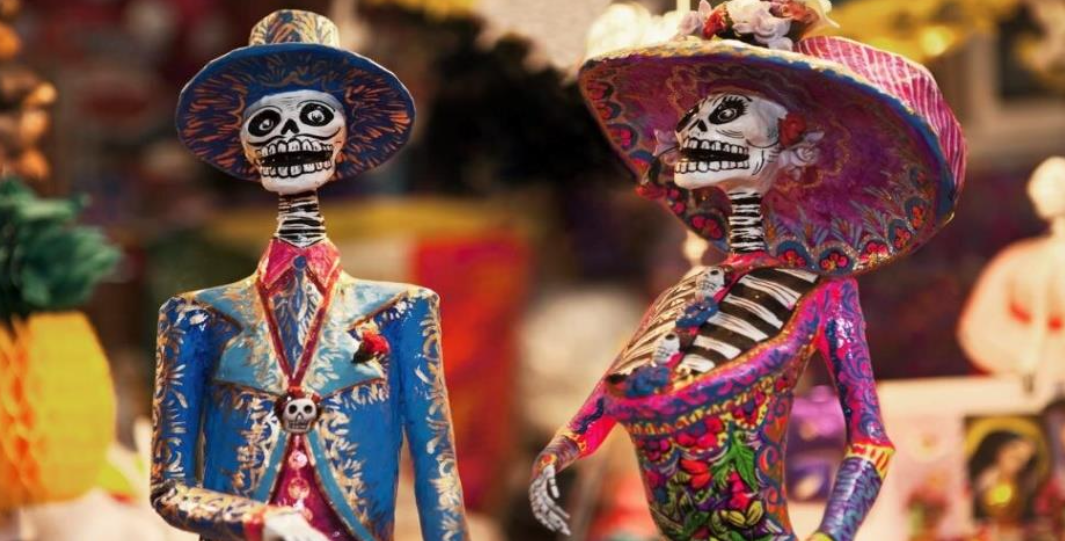 What is Dias de los Muertos?

(The Day of the Dead)

1. El Día de los Muertos is not, as is commonly thought, a Mexican version of Halloween, though the two
holidays do share some traditions, including costumes and parades. On the Day of the Dead, it’s believed
that the border between the spirit world and the real world dissolve. During this brief period, the souls
of the dead awaken and return to the living world to feast, drink, dance and play music with their loved
ones.
2. Día de los Muertos originated in ancient Mesoamerica indigenous groups, had specific times when
they commemorated their loved ones who had passed away.
After the arrival of the Spanish, this ritual of commemorating the dead was intertwined with two Spanish
holidays: All Saints Day (Nov. 1) and All Soul’s Day (Nov. 2). Día de los Muertos is often celebrated on
Nov. 1 as a day to remember children who have passed away, and on Nov. 2 to honor adults.
3. It’s a celebration of life, not death. Día de los Muertos is an opportunity to remember and celebrate
the lives of departed loved ones. Like any other celebration, Día de los Muertos is filled with music and
dancing. Ancient Mesoamericans believed that death was part of the journey of life. Rather than death
ending life, they believed that new life came from death.
4. The ofrenda is often the most recognized symbol of Día de los Muertos. This temporary altar is a way
for families to honor their loved ones and provide them what they need on their journey. They place
down pictures of the deceased, along with items that belonged to them and objects that serve as a
reminder of their lives.
Every ofrenda also includes the four elements: water, wind, earth and fire. Water is left in a pitcher so
the spirits can quench their thirst. Papel picado, or traditional paper banners, represent the wind. Earth
is represented by food, especially bread. Candles are often left in the form of a cross to represent the
cardinal directions, so the spirits can find their way.
5. Flowers, butterflies and skulls are typically used as well as the cempasúchil, a type of marigold flower
native to Mexico. With their strong scent and vibrant color the cempasúchil petals are used to make a
path that leads the spirits from the cemetery to their families’ homes. Monarch butterflies are believed
to hold the spirits of the departed. This belief stems from the fact that the first monarchs arrive in Mexico
for the winter each fall on Nov. 1, which coincides with Día de los Muertos. Sugar skulls, along with toys,
are left on the altars for children who have passed. The skull is used not as morbid symbol but rather as
a whimsical reminder of the cyclicality of life, which is why they are brightly decorated.